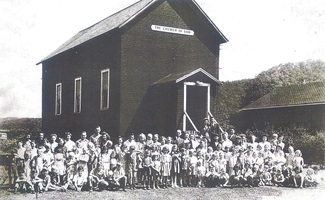 Back in 1930, Pastor Paul Carpenter held a tent revival meeting just outside the city of Uhrichsville, Ohio in an area known as the Roanoke area (now McCauley Drive).  Soon a church was birthed out of the revival known as the Church of God.

Knowing that the church could not continue under the tent and with little money an old corn crib was bought on Davis Street. You could see through the cracks on the walls and floor before the siding was put on and the only heat came from a pot-belly stove in the middle of the room. 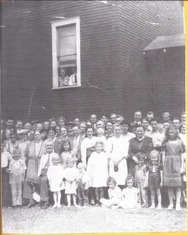 During these years the church continued to grow under Pastor Carpenter who was followed by Pastor Lindsay "Levoy" Hathcock. In 1941 just before the United States entered into World War II, Pastor Delles & Corabelle Weddle came to pastor the church. The church saw significance growth during this time and in 1944 Pastor Marsh & Pauline Patterson arrived as the new pastors. By this time the corn crib was just to small and the search for property to build a new sanctuary began.

Before Pastor Patterson left in 1947, ground was broke at 630 North Main Street for a new church. 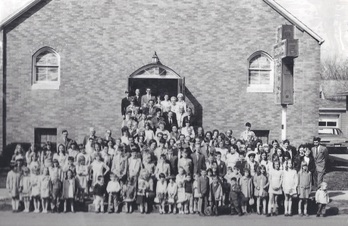 After the church was completed a new name was put on the building "Main Street Church of God".  It was also during this time that the church became a District Headquarters for the Church of God in Cleveland, Tennessee. 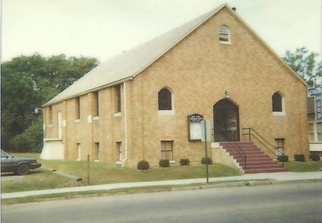 In 1997, Pastor Dan & Leanne Sturgill were appointed the new pastors and the church was renamed "Bethel Worship Center" soon afterwards. Following the Sturgills, Pastor Adam & Crystal Frye served from 2003-2004. Then Jeff & Bonnie Graska came in 2005 and stayed until 2011. During this time much work was done to update the sanctuary. 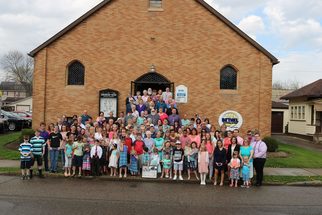 In October of 2011, Pastor John & Tracy Stevenson were called upon to serve the Twin City area as pastors of Bethel Worship Center. They are excited at what God is doing.

We honor our past and those who kept the fires burning through the years as we look forward to a glorious future that God has prepared for us.